Who's ready for the launch of Escape!? I know I'm ready to test out Ash and the new map as soon as it's live on November 2nd. In this post, I will talk about the new map and all the new exciting features in Storm Point.

Who is the new Legend Ash?

Ash was born in the unforgiving Frontier as Dr. Ashleigh Reid and was a human working at the mercenary group researching experimental fuel sources in the Outlands city of Olympus. When the lab self-destructed, she died. What you didn't know is that they took Reid's brain and placed it in a simulacrum shell. When the lab self-destructed, Reid lost years' worth of memories. Horizon was able to override Reid's simulacrum programming, and that is how Ash was created. Ash is Dr. Ashleigh Reid's cold, perfectionistic, power-hungry side.

Tactical Ability Arc Snare: Throw a spinning snare that damages and tethers the first enemy who gets too close.

I have watched a few videos to learn more about the new Apex Legends map and can't wait to drop in and try some of the new features. Some of the new add-ons like the Gravity Cannons and Wildlife Nests.

What the hell is a Gravity Cannon? In Apex, the Gravity Cannons were created to replace redeploying balloons on the map. The cannons will help players outrun the circle and get away from opponents quicker. Players will step inside of one of the cannons, and it will launch you in a pre-determined direction.

Launching a new map comes with launching common enemies, and this is where the Wildlife Nests play a role in the new map.

Prowlers: These are aggressive creatures that hunt in packs.

Spider eggs: The spider eggs are scattered across the map. Causing damage to these eggs will disturb the spiders inside, hatching a swarm of critters.

Flyers: Flyers are spawned individually across the map, and their positions are randomly selected.

Let's talk about the best places to land in the new Storm Point map. 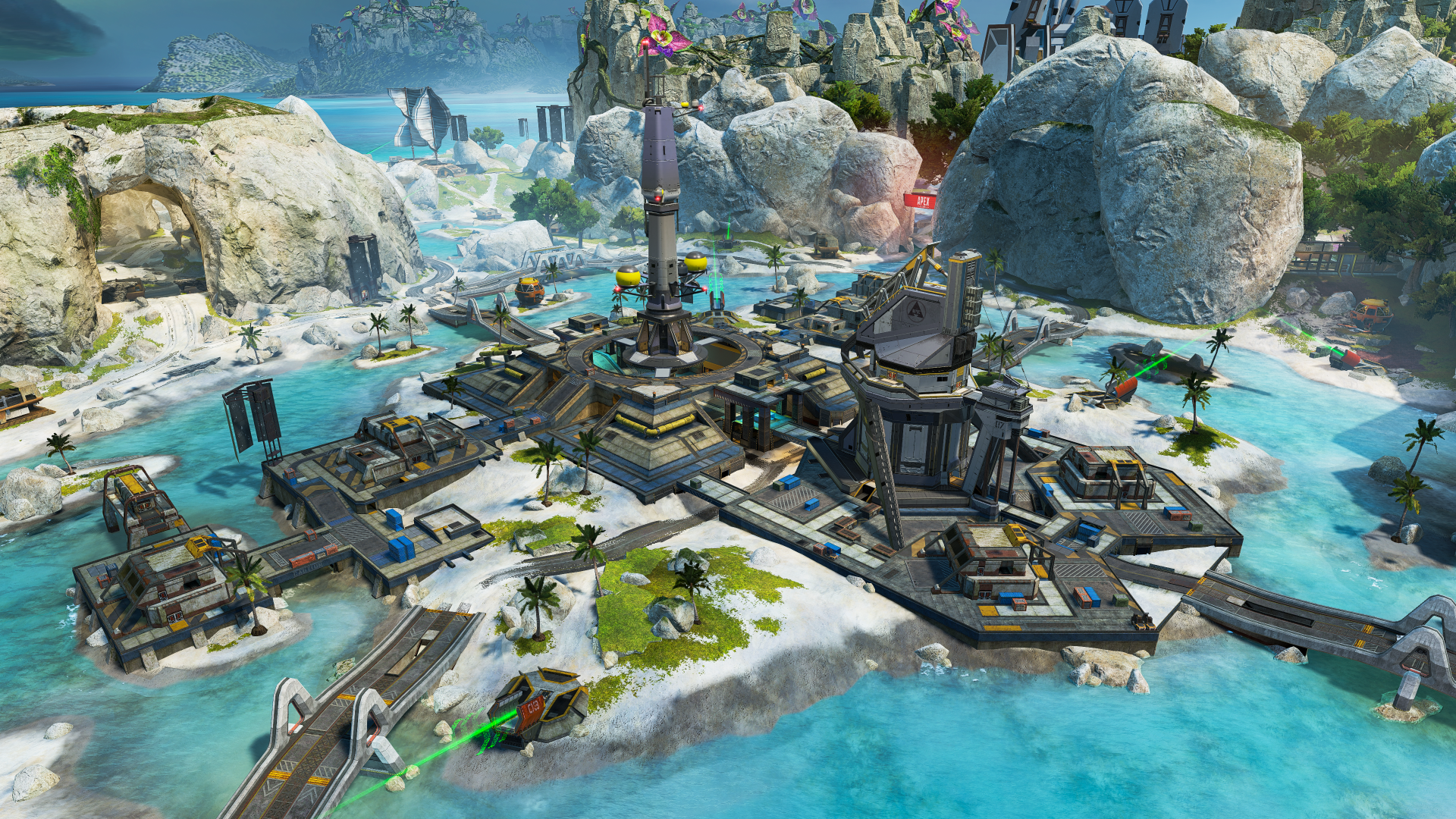 The Barometer is the heart of Storm Point, followed by the Command Center. I can't talk in detail about the different spots on the new map until I have played it myself, but Apex has done a great job expanding the map for the release of Escape.

I will see you guys soon on Escape and look forward to seeing what other players think about the new release of Escape on November 2nd.